Fatty acid supplementation in preschoolers at risk for ADHD

Fatty acid supplementation in preschoolers at risk for ADHD Attention-deficit/hyperactivity disorder (ADHD) is a common brain development disorder that can first appear in children as young as preschoolers.1

Because medications are not recommended in preschoolers with ADHD, other options are urgently needed.1

Here we share findings from the first scientific study to examine the effect of omega-3 + omega-6 fatty acid supplementation in preschoolers at risk for ADHD.1

What are omega-3 and omega-6 fatty acids?

Omega 3 fatty acids are found in foods such as fish and flaxseed.2 They are an important part of the membranes that surround each cell in your body.2 Eicosapentaenoic acid (EPA) & docosahexaenoic acid (DHA) are the two main types of omega-3 fatty acids in the body.2 For optimal brain function, a continual supply of EPA and DHA is needed.3

Omega-6 fatty acids, like gamma linolenic acid (GLA), are found in some plant oils and seeds.4 They are everywhere in the body and help your cells to function.4 It’s important to consume omega-6 fatty acids as part of a balanced diet.4

The balance of omega-3 and omega-6 fatty acids is particularly important for health and development.5

What kind of study was this?

This study included 40 children who were randomly chosen to receive either two omega-3 + omega-6 fatty acid chewable capsules (containing EPA, DHA and GLA) twice a day or placebo* for 4 months.1

Who was included in this study?

The children included in the study were aged 3 to 6 years and had symptoms of ADHD as reported by their teachers or parents. The children were not taking medications for ADHD, but were all receiving behavioural therapy.1

What did the study show?

Children taking the omega-3 + omega-6 fatty acid chewable capsules showed a significant reduction in the severity of their ADHD symptoms compared to those taking the placebo. This was true when assessed by both the parents and teachers.1

Why is this study important?

This is the first study to look at the effect of fatty acid supplementation in preschool children at risk for ADHD.1

The findings give us evidence of the potential benefits of omega-3 + omega-6 fatty acids in preschool children – a group in which commonly used ADHD medications are not advised.1

"We are global leaders in developing integrative healthcare products that focus on Cognition and the Microbiome: the two interconnected systems that lie at the heart of human health.

We know that natural products have an important role in advancing people’s health, so we focus on combining the science of a pharma-based approach with the benefit of naturally-sourced products."

Research is important, and we want to share it. Our articles distill the complex research and offer expert analysis on the microbiome, brain health and wellbeing. 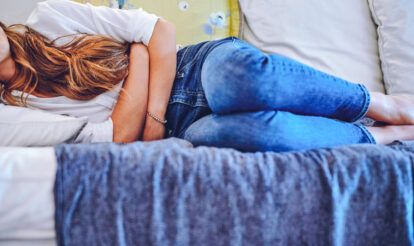 If you’re one of the millions living with the often-debilitating pain and sometimes embarrassing symptoms of Irritable Bowel Syndrome (IBS), you probably know how challenging this condition can be. You’ll... Cognitive health over a lifetime – how it changes and...

Cognitive health describes the ability to learn, think and remember. Not surprisingly, cognitive health is a key component of healthy ageing as it is vital in maintaining a good quality... 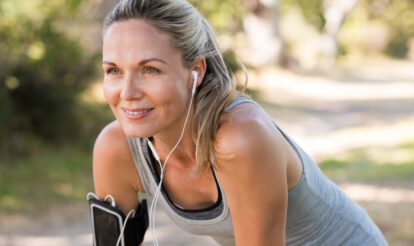 Early menopause is a time of changes in a woman's body. Although these natural changes may make you feel uncomfortable, there are things you can do to still feel good....

We use cookies on our website to give you the most relevant experience by remembering your preferences and repeat visits. By clicking “Accept”, you consent to the use of ALL the cookies. However you may visit Cookie Settings to provide a controlled consent.
Cookie settingsACCEPT
Manage consent

This website uses cookies to improve your experience while you navigate through the website. Out of these, the cookies that are categorized as necessary are stored on your browser as they are essential for the working of basic functionalities of the website. We also use third-party cookies that help us analyze and understand how you use this website. These cookies will be stored in your browser only with your consent. You also have the option to opt-out of these cookies. But opting out of some of these cookies may affect your browsing experience.
Necessary Always Enabled
Necessary cookies are absolutely essential for the website to function properly. These cookies ensure basic functionalities and security features of the website, anonymously.
Functional
Functional cookies help to perform certain functionalities like sharing the content of the website on social media platforms, collect feedbacks, and other third-party features.
Performance
Performance cookies are used to understand and analyze the key performance indexes of the website which helps in delivering a better user experience for the visitors.
Analytics
Analytical cookies are used to understand how visitors interact with the website. These cookies help provide information on metrics the number of visitors, bounce rate, traffic source, etc.
Advertisement
Advertisement cookies are used to provide visitors with relevant ads and marketing campaigns. These cookies track visitors across websites and collect information to provide customized ads.
Others
Other uncategorized cookies are those that are being analyzed and have not been classified into a category as yet.
Save & Accept